Our Airsoft Field
is one of the best!

Welcome to Taranaki Airsoft Rangers. We love our Airsoft field and our club is a group of passionate people who play for fun and enjoyment. We game on Saturdays fortnightly, when weather permits, on an outdoor ‘battlefield’ covering 12 hectares on a privately owned farm in Midhirst, Taranaki. Many of our regular players have a lot of camo and equipment – don’t be intimidated by this. You can wear anything you like and still have fun! You don’t have to join TAR to play, but our games are cheaper for our members and joining us helps support the club.

Airsoft Is An Active Sport And Not For The Faint of Heart!

“My son JT and I attended the official opening of the new Bravo camp at the TAR gaming fields and had an awesome day. Very professionally run, very family friendly. We have airsoft gamed in Auckland and Invercargill both CQB and outdoor and found the setup at TAR offers both experiences in the one place. Awesome terrain bush, open fields, forest, and buildings. Good selection of rentals, BB,s batteries etc… Allround great day out am recommending our social club gives it a go. Thankyou guys looking forward to next time.” 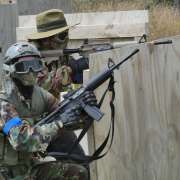 “Had first ever game last year with my two sons was very enjoyable and well organized. Our last game of the day was for Mother Russia against the Imperialist Barbarians of the North who I believed used trickery as some seemed to be bulletproof. Definitely will be back and hopefully become a club member, my son Ben has already brought his own airsoft gun and has introduced some of his friends to the sport.” 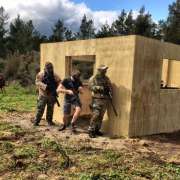 I was introduced to Airsoft by my brother David (thanks bro). Now whilst I always liked a game of paintball I knew from the first game that Airsoft was on a whole other level, and what made it even better was I got to do this with my bro. Like most people at their first game, I was blown away by it all, the guns were badass, the gear was epic, everyone had different set ups, from every military era to every countries camo patterns, Airsoft was by far at the pointy end of recreational skirmishing sports. It was hard to soak it in over one day. I got to have a blast with my friends and family, and couldn’t imagine doing anything else, on the drive home all I thought about was what gun, what camo, what optics? The list was endless, and most of all, when was the next game? That was the day that my love of Airsoft begun. 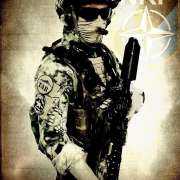